KASSEL (dpa-AFX) - K+S (SDFG) said the company more than doubled its operating earnings in its second-quarter due to higher prices and increased sales volumes for fertilizers and strong business in the Industry+ customer segment. In the remainder of the year, the company expects a continued positive development in the fertilizer business and in industrial products, and so increased its earnings guidance. 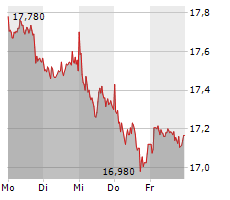