LONDON (dpa-AFX) - Miner Antofagasta Plc (ANFGY.PK, ANTO.L) reported Friday that its first-half profit before tax was $1.78 billion, significantly higher than last year's $387.5 million. Earnings per share were 67.5 cents, up from 13.7 cents a year ago.

EBITDA was $2.36 billion, 132.7 percent higher than $1.01 billion last year on higher revenue partially offset by higher operating costs due to the stronger Chilean peso, and higher energy and diesel prices. EBITDA margin was 65.6 percent, compared to 47.4 percent a year ago.

Revenue climbed 67.9 percent to $3.59 billion from last year's $2.14 billion, mainly as a result of higher realized copper prices, partially offset by a decrease in the volume of copper sales.

Further, the Board has declared an interim ordinary interim dividend of 23.6 cents per share, an increase of 280.6 percent compared with last year's interim.

Looking ahead, Antofagasta CEO Iván Arriagada said, '...assuming there is only minimal precipitation during the rest of H2, we are adjusting our full year copper production guidance to 710-740,000 tonnes as the winter rainy season is now coming to an end. However, we are maintaining net cost guidance at $1.25/lb. Our key growth projects are on track and we remain focused on operating discipline and cost control, while producing copper responsibly and sustainably for all our stakeholders.' 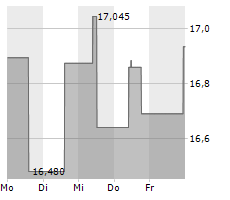