The company noted that the CONVEY study 200 mg twice daily arm met its primary endpoint of change from baseline to week 12 of the double-blind period in mean average daily pain score.

However, the CONVEY study 350 mg twice daily arm did not meet the primary endpoint. But the study met statistical significance in the Patient Global Impression of Change (PGIC) at week 12, an important self-reported measure of a patient's overall improvement since with the start of the study.

Small fiber neuropathy is often characterized by severe pain that typically begins in the feet or hands. Painful symptoms are described as burning, shooting and/or prickling. Pain can be caused by stimuli that does not normally provoke pain and potentially painful stimuli are increased in intensity. Symptoms tend to be worse at night and during periods of rest and can lead to a significant impact on overall quality of life.

Vixotrigine 200 mg twice daily resulted in a statistically significant reduction in the mean average daily pain (ADP) score versus placebo at week 12. The 200 mg dose also resulted in statistically significant improvement versus placebo on the mean worst daily pain score at week 12. Numeric advantage of 200 mg over placebo was observed in additional secondary endpoints, including the proportion of participants with a 2-point or greater improvement in the average daily pain score and the proportion of participants with ?30% reduction in ADP at week 12, but these did not meet statistical significance.

Vixotrigine 350 mg twice daily did not meet the primary endpoint of mean change in ADP at week 12. However, treatment with 350 mg vixotrigine resulted in a statistically significant increase in the proportion of participants who reported they were 'very much improved' or 'much improved' when compared to baseline, using the Patient Global Impression of Change (PGIC) questionnaire (p=0.0580). In addition, numeric advantage of 350 mg over placebo was observed in some secondary endpoints. 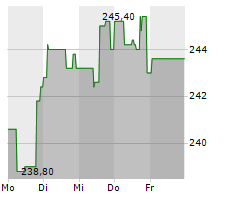