LUXEMBOURG (dpa-AFX) - ArcelorMittal (MT) said it has signed a letter of intent with the Governments of Belgium and Flanders to support decarbonisation technologies at its site in Gent. Under a 1.1 billion euros project, ArcelorMittal Belgium will reduce CO2 emissions by 3.9 million tonnes per year by 2030, by building a 2.5 million-tonne direct reduced iron plant and two electric furnaces at the Gent site.

The direct reduced iron or DRI plant will operate alongside Gent's blast furnace B, which restarted production in March 2021. The company noted that a DRI plant uses natural gas, and potentially hydrogen, instead of coal to reduce iron ore, resulting in a large reduction in CO2 emissions compared with blast furnace ironmaking. After moving production from blast furnace A, to the DRI and electric furnaces, the blast furnace A will be closed as it reaches the end of its life. 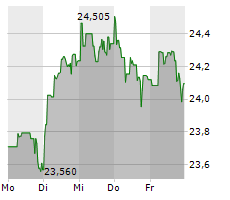