PARIS (dpa-AFX) - Societe Generale SA (SCGLF.PK, SCGLY.PK) said that it will cut 3,700 jobs between 2023 and 2025, as part of a plan announced last year to merge its domestic retail operations.

The merger will not involve any compulsory departures. The job cuts will come about through natural attrition which is estimated at 1,500 per year until 2025, French lender said in a statement on Tuesday.

The merger will create one bank with one branch network, one head office and one IT system serving nearly 10 million clients with 25,000 employees in 2025.

According to Societe Generale, the regrouped network will have around 1,450 branches in 2025. The regrouping of the branches will not involve an exit from any town given that it will involve Société Générale and Crédit du Nord branches located close to each other in the same town.

Societe Generale confirmed that the legal merger will take place on 1 January 2023. As of that date, all employees of Crédit du Nord will automatically join the new structure.

Societe Generale noted that the shift from two IT systems to one will enable the company to speed up the digital transformation of our model, with a target of 30% of product sales being fully digital by 2025 for eligible products and ongoing enhancement of the Societe Generale mobile banking app.

The IT merger will take place during the first half of 2023. 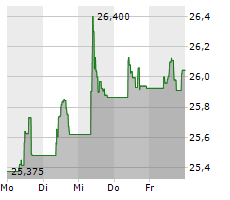