HAMBURG (dpa-AFX) - Shares of Hamburger Hafen und Logistik AG (HHULF.PK, HHULY.PK) were gaining around 4 percent in the morning trading in Germany after the logistics and transportation company on Wednesday raised its forecast for financial year 2021.

For the year, revenue is now expected to come to around 1.45 billion euros, a strong increase compared to the previous year. Earlier, the company expected a significant increase in full-year revenue.

According to the company, the revision in outlook reflected extraordinary, non-recurring earnings effects in the Port Logistics subgroup, as well as temporary significantly higher storage fees in the third quarter as a result of longer container dwell times at HHLA's terminals in Hamburg. This was due to the ongoing disruptions in global supply chains and the associated massive ship delays .

Further, a higher subsidy for route prices of 11 million euros granted retroactively for 2020 by the German Federal Railway Authority made a positive contribution to the Port Logistics subgroup's earnings.

For the Port Logistics subgroup, a moderate increase in container throughput is expected again. HHLA now expects revenue for the 2021 financial year to come to around 1.41 billion euros, compared to previous view of a significant increase compared to the previous year.

The revenue and EBIT of the Real Estate subgroup are expected to be on a par with the previous year's level, while the previous view was slight increase in revenue. 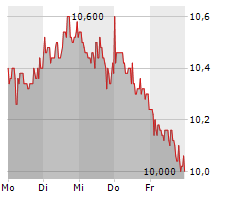