EVRY (dpa-AFX) - Carrefour (CRERF.PK, CRRFY.PK, 0NPH.L), on Thursday, reported third-quarter sales, including VAT, of €20,468 million pre-IAS 29, an increase of 4.6% at constant exchange rates. This growth includes a favorable petrol effect of 2.0%, reflecting an increase in oil prices and higher volumes.

After taking into account an unfavorable exchange rate of -0.7%, due to the weakness of the Argentine peso, the total sales variation at current exchange rates amounted to +4.0%. The impact of the application of IAS 29 was +€112 million.

On a like-for-like or LFL basis, third-quarter sales, including VAT, were up 0.8%.

Carrefour noted that it continued to gain market share in the vast majority of its countries, 'thanks to the improvement in customer satisfaction, which is at the heart of the Carrefour 2022 strategic plan. The Group's expansion also continues at a steady pace, thanks to numerous organic openings as well as the successful integration of recent acquisitions...' 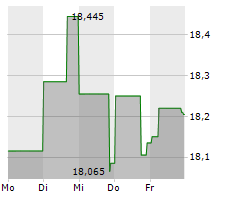