China Evergrande reportedly won a more than three month extension to the maturity of a $260 million bond, a day after a deal to sell a $2.6 billion stake in its property services unit failed.

Worries about a surge in coronavirus cases hurt as well. According to reports, COVID-19 deaths in the UK have been rising once again, and hospitals are filled with patients.

Denmark, Netherlands and Turkey moved up, while Sweden settled flat.

In the French market, Technip drifted down 4.8% following a drop in revenue. ArcelorMittal shed about 3.6%, Legrand declined 2.7% and Saint Gobain lost 2%. Shares of French railway company Getlink ended weak after reporting a fall in third-quarter revenue.

In economic news, the UK budget registered its second biggest deficit for the month of September since the records began in 1993, the Office for National Statistics said on Thursday.

UK manufacturers expect new orders to grow at a faster pace in the next quarter, survey results from the Confederation of British Industry showed. According to the Industrial Trends survey results, a net of 22% said new orders grew in three months to October, which was slower than July's 48%.

Survey results from the statistical office Insee showed confidence among French manufacturers remained unchanged in October. The manufacturing confidence index held steady at 107 in October, the results showed. The score was forecast to fall to 105 from September's initially estimated value of 106. 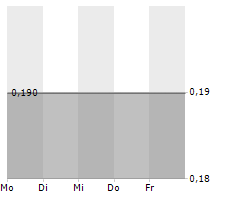