Adjusted EBITDA AL was 607 million euros, up 1.4 percent from the prior year.

For fiscal 2023, the company continues to expect adjusted EBITDA AL of greater than approximately 2.45 billion euros.

KPN intends to pay a regular dividend per share of 13.6 euro cents over 2021. 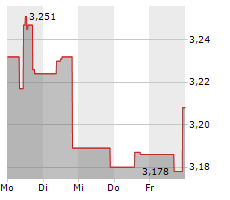