DUISBURG (dpa-AFX) - Klöckner & Co SE (KCO) said it delivered the highest ever quarterly operating income in third quarter of 2021 since the IPO in 2006. Considerably higher prices again led to significant sales growth of 59.3%, the Group said.

For full year 2021, the company continues to expect EBITDA of around 800 million euros before material special effects. Due to the expected record earnings for fiscal 2021, Klöckner & Co plans to propose a dividend of between 0.90 euros and 1.10 euros per share at the AGM.

Klöckner & Co projects a slight, seasonal decline in shipments and sales in the fourth quarter. 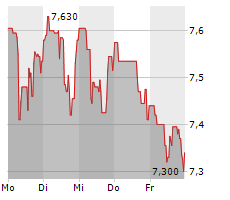