Henkel CEO Carsten Knobel said, 'Based on our strong sales performance in the first nine months of the year, we confirm our guidance for organic growth. However, due to the additional negative impacts occurring from further increased raw material and transport costs, we are updating our guidance for adjusted EBIT margin and adjusted earnings per share. We now expect these metrics to come in at the lower end of our previous guidance ranges.'

Further, adjusted EBIT margin is now expected around 13.5 percent, compared to previous guidance of 13.5 to 14.5 percent. For all three divisions, the company now projects margin at the lower end of previous estimate ranges.

Meanwhile, the company continues to anticipate organic sales growth of 6 percent to 8 percent.

For the third quarter, Group sales increased 1.9 percent from last year to 5.09 billion euros, driven by prices. Organically, sales were up 3.5 percent mainly driven by emerging markets. The company reported positive pricing in all business units.

According to the company, the effects of the global corona crisis, the extremely tense situation on raw material markets and disruptions in global supply chains continued to have a strong impact on its market environment in the third quarter.

Sales in the Adhesive Technologies business unit were 2.44 billion euros, a growth of 7.1 percent on a reported basis and 7 percent organically. Volume and prices contributed equally to this increase.

The Laundry & Home Care business unit recorded sales of 1.68 billion euros, a nominal decrease of 0.8 percent from last year, while organic sales growth was 2 percent. This performance was driven mainly by a very strong increase in prices, while volume decreased.

The company recorded organic sales growth in all regions in the third quarter with the exception of North America. 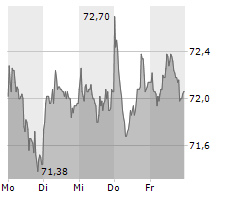