Heidelberg Turns To Profit In Q2

BRUSSELS/FRANKFURT/PARIS (dpa-AFX) - Heidelberger Druckmaschinen AG (HBGRF.PK) posted improving operating result in the second quarter. Incoming orders were up around 14 percent, while sales rose significantly for the quarter. At the end of the half-year, the Group has completely eliminated the net financial debt and improved free cash flow to 74 million euros.

For the year as a whole, the company's outlook remains unchanged. It is still projecting sales to reach at least 2 billion euros. 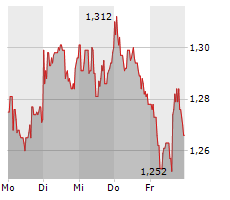