Michael AuBuchon, Senior Director Fuel Supply Chain Management at Southwest Airlines, said, '.This agreement is a major advancement in our environmental sustainability strategy, furthering our goal to replace 10 percent of our total jet fuel consumption with sustainable aviation fuel by 2030.'

As announced by Velocys, once blended with conventional jet fuel, the SAF could produce the equivalent of 575 million gallons of net-zero1 fuel and avoid 6.5 million metric tons of CO2 over the term of the agreement.

The Dallas-headquartered Southwest plans to begin purchasing SAF from the Velocys Bayou Fuels facility in Natchez, Mississippi, as early as 2026. In addition, as part of the offtake deal, Southwest and Velocys have established a long-term strategic relationship, offering Southwest the opportunity to purchase significant volumes of SAF from future Velocys facilities. 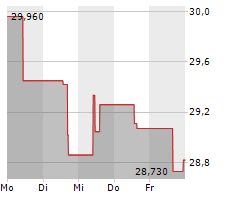