THE HAGUE (dpa-AFX) - Aegon NV (AGN.L), a Dutch multinational insurance company, on Thursday posted a decline in its operating result for third quarter of the current fiscal, amidst an adverse claims experience in the U.S.-with Covid-19 pandemic.

The Group recorded 2.15 billion euros of net outflows in the third quarter of 2021, compared with 9.26 billion euros, reported for the quarter ended on September 30, 2020. 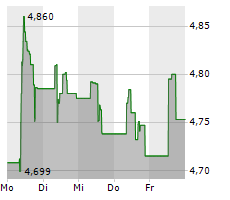