LONDON (dpa-AFX) - Duke Energy (DUK) said that it has entered into a cooperation agreement with Elliott Investment Management L.P. The agreement provides for the appointment of two new independent directors to Duke Energy's board of directors and is consistent with Duke's focus on enhancing shareholder value.

Idalene (Idie) Kesner, 63, Dean of Indiana University's Kelley School of Business, has been appointed to Duke Energy's board as a new independent director.

In addition, the company will begin a search for an additional independent board member, mutually agreeable to Duke Energy and Elliott, to be appointed no later than March 31, 2022. Elliott has agreed to customary standstill, voting and other provisions for a period of one year.

Duke Energy also announced that Michael Browning, 75, who has served as Duke Energy's independent lead director since 2016, will retire from the board at the end of his current one-year term.

Upon Browning's retirement, the board of directors has elected Ted Craver, 70, to succeed Browning as the board's independent lead director. Craver has served on Duke Energy's board since 2017. 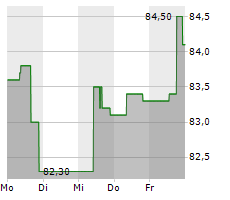