In a Paris appeals court, judges overturned decision of lower court and handed him a one year suspended prison sentence over complicity of misuse of public funds.

He also received a 50,000 euro fine, but was cleared of the charge of complicity of fraud.

In response to the verdict, Richard reportedly said he would appeal the court's verdict, and that it was up to the Orange board to decide whether he should remain.

Richard faced charges of complicity in fraud and misuse of public funds in the case, which is related to a 400 million euros state payout to tycoon Bernard Tapie in 2008.

At that time, he was the chief of staff to then finance minister Christine Lagarde, who is now the President of the European Central Bank or ECB. Lagarde was convicted of negligence over the issue in 2016.

Meanwhile, Richard denied any wrongdoing in the issue. At the end of the first trial, held in 2019, he was acquitted. Meanwhile, a prosecutor in June told the appeals court judges that he should face three years in jail for his alleged involvement in the dispute, along with a fine of 100 thousand euros.

Reuters reported that Orange will hold a board meeting on governance following the court verdict to take decision about Richard's future, and that it has hired head hunter to look for a successor. 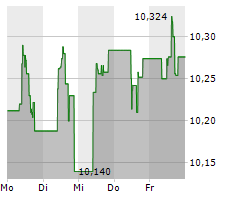