WASHINGTON (dpa-AFX) - Social media giant Facebook's parent company Meta Platforms Inc. (FB) said Monday that it will postpone the change to its Class A common stock ticker symbol until first-quarter of 2022. The company had previously announced its plans to change its ticker symbol, effective December 1, 2021.

In the interim, Meta's Class A common stock will continue to be listed on NASDAQ under the ticker symbol 'FB', which has been used since the company's initial public offering in 2012.

In late October, Facebook Inc (FB) said that it would be known as Meta, a social technology company. The company would start trading under the ticker MVRS from December 1. 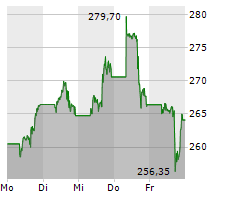