AMSTERDAM (dpa-AFX) - Dutch semiconductor equipment maker ASML Holding N.V. (ASML) on Friday provided an update on the fire that occurred inside a part of its factory in Berlin, Germany on January 3. During the last few days, ASML conducted a preliminary assessment.

The company said the fire occurred in a part of one production building on the site in Berlin and the smoke partly impacted an adjacent building. They have been able to resume production in parts of these buildings already. The other buildings on the site have not been affected and are fully operational.

The company added that the impact assessment of the damage is ongoing.

The company said its Metrology and Inspection output plans are not affected as they do not contain any components made in Berlin. The manufacturing of DUV components has been restarted.

As to EUV, the fire affected part of the production area of the wafer clamp, a module in the EUV systems. They are still in the process of completing the recovery plan for this production area and determining how to minimize any potential impact for the EUV customers, both in output plan and in field service. 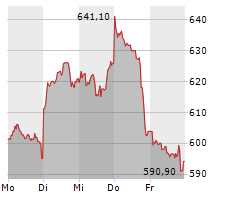