REDMOND (dpa-AFX) - Microsoft Corp. said its Board of Directors has initiated a review of the effectiveness of its workplace sexual harassment and gender discrimination policies and practices.

The company has hired the law firm of Arent Fox to conduct the review mainly on sexual harassment investigations, including that of co-founder Bill Gates.

The decision follows an advisory shareholder resolution that passed during the 2021 Annual Shareholders Meeting aimed at strengthening Microsoft's culture following many allegations. The review is expected to be completed in the Spring of this year.

Arent Fox firm will provide its initial report detailing its findings and recommendations, following which the company will prepare an implementation plan to act on the recommendations and will report to the Board on this plan.

The Board will then publish a thorough transparency public report documenting the review and its findings as well as the company's action plans for enhancements to current policies and practices.

Satya Nadella, Microsoft's Chairman and CEO, said, 'Our culture remains our number one priority and the entire Board appreciates the critical importance of a safe and inclusive environment for all Microsoft employees. We're committed not just to reviewing the report but learning from the assessment so we can continue to improve the experiences of our employees.'

Under the shareholder resolution, the review will analyze data on the number of sexual harassment cases investigated and their resolution.

The agency will review concerns raised by employees in 2019 in the 'In Need of Assistance' email thread, as well as the company's steps taken to respond to these concerns. The review will also include additional steps that could further strengthen these safeguards, and an analysis of policies, practices, and commitments to create a safe, inclusive work environment.

Further, the report will summarize the results of any sexual harassment investigations during this same timeframe against Gates as well as other members of the Board and the company's senior leadership team.

The review will also assess the steps taken by the company to hold employees, including executives, accountable for sexual harassment or gender discrimination.

The Board committee in 2019 had investigated allegations by a Microsoft engineer that she had a sexual relationship with Gates over years. The board then hired a law firm to conduct the probe, during which some board members decided it was no longer suitable for Gates to sit as a director.

In 2020, the Board reportedly decided that Gates needed to step down from the board over the issues, but before it could make a formal decision, Gates resigned his seat in March 2020. Gates and his wife Melinda Gates parted ways in August 2021 ending their 27-year marriage.

In its latest statement, Microsoft added that the review will benchmark its current practices against other companies' 'best practices', aiming to identify additional opportunities for improvement. 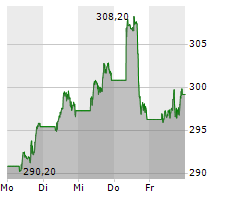