WASHINGTON (dpa-AFX) - The ODP Corp. (ODP) announced Thursday that its Board of Directors determined to delay the previously announced public company separation to evaluate a potential sale of the Company's consumer business.

In May 2021, the Company announced that its Board of Directors unanimously approved a plan to separate ODP into two independent, publicly-traded companies by means of a tax-free spin-off to ODP shareholders.

In November 2021, USR Parent, Inc., the parent company of Staples and a portfolio company of Sycamore Partners, reaffirmed its non-binding proposal to acquire the Company's consumer business, including the Office Depot and OfficeMax retail stores business, the Company's direct channel business (officedepot.com), and the Office Depot and OfficeMax intellectual property, including all brand names, for $1 billion in cash. The Company remains in conversation with Sycamore as it further evaluates the potential value and regulatory risk of Sycamore's proposed transaction.

In December 2021, ODP's Board of Directors received a non-binding proposal from another third party to acquire the Company's consumer business. The terms of that proposal are confidential.

The Company's Board of Directors is carefully reviewing both proposals with the assistance of its financial and legal advisors to determine the course of action that it believes is in the best interests of the Company and its shareholders.

While the Company has previously been focusing on completing the public company separation during the first half of 2022, it has determined to delay further work on the separation in order to avoid incurring potentially unnecessary separation costs while it focuses on a potential sale of the consumer business. 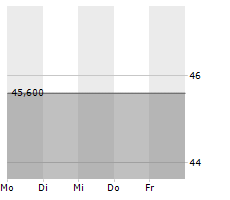