WASHINGTON (dpa-AFX) - Cryptocurrency Dogecoin's price jumped over 15% on Friday, but later lost some of the gains, after Tesla Inc. (TSLA) CEO Elon Musk announced that the luxury car maker will start accepting the meme cryptocurrency as payment for its merchandise.

Dogecoin reached an intra-day high of $0.21 per coin, however, lost some of the gains and closed at $0.19 per coin, up 11%, according to Coindesk data.

However, only small number of items are currently available to buy with Dogecoin. A whistle shaped like Tesla's Cybertruck costs 300 doge ($59), while a commemorative belt buckle to celebrate Tesla's Gigafactory in Texas was priced for 835 doge ($164).

Last December, Musk had revealed that Tesla will try out dealing in the meme-based cryptocurrency, 'Tesla will make some merch buyable with Doge & see how it goes,' he had tweeted.

Musk also revealed his love for the meme coin. In an earlier interview, he said he prefers DogeCoin over Bitcoin.

Dogecoin is a cryptocurrency created by software engineers Billy Markus and Jackson Palmer, who decided to create a payment system as a 'joke'. Dogecoin features the face of the Shiba Inu dog from the 'Doge' meme as its logo and namesake. However, the meme coin quickly became popular and reached a market capitalization of over $85 billion on May 5, 2021. But its market cap has currently tanked to $25.18 billion. 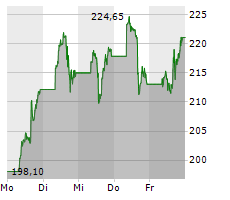