Intel Planning On A New 3200-acre Factory In Ohio

SANTA CLARA (dpa-AFX) - Semiconductor maker Intel Corporations (INTC) is planning to build a new plant in Columbus, Ohio. As per reports, the plant is going to be the biggest investment in the history of the state.

The California-based giant is looking to invest around $20 billion for the project which will also result in the employment of 3000 workers. The plant is going to be set up in 3200 acres of land at New Albany, almost two hours from Cincinnati. NBC4 reported that an official announcement on the matter is due to come by January 21.

Jersey Township trustee Ben Pieper told the media house, 'This is going to change us from rural America to basically a suburb.' another trustee Dan Wetzel told Columbia Dispatch, 'Close to half of the township will be gone with this transaction. Jersey Township will never be the same after this, that's for sure.'

Incidentally, the land is a part of the same hub named the New Albany International Business Park where other Silicon Valley kingpins like Google, Meta and Amazon also have data centers.

With the growing demand of semiconductors, Intel CEO Pat Gelsinger had announced in 2021 that the company will be investing $20 billion in two chip manufacturing firms in Arizona which wil not only create 3000 in-plant jobs but also 3,000 construction jobs and around 15,000 local jobs. In August, Gelsinger updated that the company is planning to build sic to eight plants for $100 billion by 2030. Intel's plan is to set itself as the cornerstone of any semiconductor development in the country.

The growing demand for chips and the western countries' over-dependence on Asian companies like TSMC is fuelling the business strategy for the American chip giant. Intel is also hoping to get a bill passed in congress that will allow the national semiconductor industry a $52 billion subsidy to promote its endeavors. 'The Asian countries said they did want (the industry) and they invested to bring it to Asia. What sits before Congress is: Do we want to level the playing field?' Gelsinger said during the 2021 Leadership Summit.

However, the date when the work on the plant will start has not been announced yet. 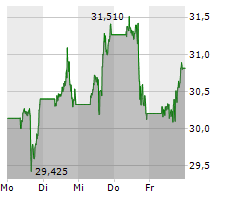