ASML President and Chief Executive Officer Peter Wennink, said, 'For ASML, 2021 was a strong growth year in a dynamic environment. We experience higher demand for our systems than our production capacity can accommodate... The lower net sales guidance for the first quarter is due to a significant number of fast shipments, translating to approximately €2 billion of expected revenue shift from the first quarter to subsequent quarters.'

Looking ahead to the first quarter, ASML expects net sales between 3.3 billion and 3.5 billion euros, with gross margin of around 49 percent.

Under its existing share buyback program, which will be closed by December 31, 2023, ASML intends to repurchase shares up to an amount of 9 billion euros. Of this, the company expects a total of up to 0.45 million shares will be used to cover employee share plans. ASML intends to cancel the remainder of the shares repurchased.

The gross profit came in at 2.70 billion euros, compared to 2.21 billion euros last year, and gross margin was at 54.2 percent, up from 52 percent a year ago.

In the quarter, sales of lithography systems increased to 82 units from 80 units last year. 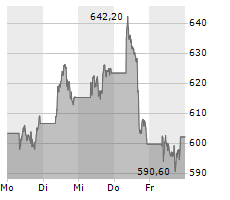