LONDON (dpa-AFX) - Premier Foods Plc (PFD.L), British food manufacturer, in a trading update on Thursday, reported a decline in its sales for the third quarter. However, it posted a rise in revenue for the same three-month period when compared with the pre-pandemic period.

In addition, owing to a rise in sales when compared with the two-year ago period, the UK-based company has raised its earnings projection for the current fiscal.

Alex Whitehouse, Chief Executive Officer, commented: 'The strong momentum from the first half of the year continued into the key Q3 trading period, with our brands growing by 11.3% compared to two years ago. This was well ahead of the market across all our categories and resulted in very encouraging share gains.' 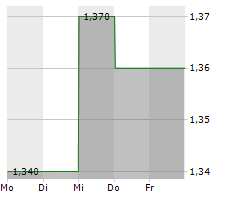