WASHINGTON (dpa-AFX) - Responding to Los Angeles discrimination lawsuit, Huntsman Corp. (HUN) said that it will aggressively defend the case and the integrity of its local workforce against false charges.

Recently, a law firm released a statement regarding a lawsuit it filed against Huntsman in Los Angeles on behalf of two former employees of its West San Fernando Road facility. The former employees are claiming they faced hostile and discriminatory treatment at that worksite due to their race, national origin, and sex, and that they were wrongfully terminated.

According to Huntsman, the charges are false. The two plaintiffs were terminated by local management last November for misconduct and unprofessional behavior in the workplace. The investigation revealed that the plaintiffs took multiple unauthorized and extended breaks to meet in private, and, according to one of them, engage in consensual intimate encounters in various locations throughout the facility. The decision to terminate their employment was not racially motivated in any way.

Huntsman noted that it stands firmly against all forms of discrimination in and outside of the workplace and thoroughly investigates all claims of misconduct or unethical behavior. 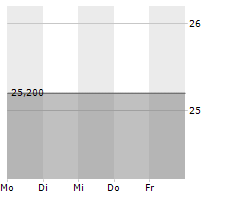