FRANKFURT (dpa-AFX) - Kuehne + Nagel International AG (KHNGY), a transport and logistics company, on Tuesday posted a significant surge in its earnings for the first quarter, citing strong demand leading to improvement in all key figures compared to last year.

Owing to strong demand for the company's services, the Swiss firm generated an EBITDA of CHF 1.30 billion, versus CHF 611 million, reported for the first quarter of 2021.

Amidst persisting war in Ukraine and its impact, the logistic company registered a net turnover of CHF 10.15 billion, higher than CHF 6.03 billion, reported a year ago. 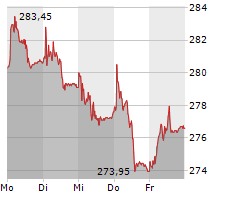