The latest results included adjusting items before tax of $30.8 billion primarily due to bp's decision to exit its 19.75% shareholding in Rosneft and its other businesses with Rosneft in Russia.

Underlying RC profit was $6.25 billion, compared to $2.63 billion a year ago. This was driven by exceptional oil and gas trading, higher oil realizations and a stronger refining result, partly offset by the absence of Rosneft from the first quarter underlying result.

Analysts expected revenues of $57.71 billion for the quarter.

For the first quarter, bp has announced a dividend of 5.46 cents per ordinary share payable in June 2022.

Looking ahead, for the second quarter, the company expects underlying upstream production to be lower than first-quarter 2022.

For full year 2022, the company continues to expect reported upstream production to be broadly flat compared with 2021.

Further, bp has now revised its 2030 adjusted EBITDA aims for resilient hydrocarbons and group by lowering both by around $2 billion, to a range of $28 billion to $33 billion and $39 billion to $46 billion, respectively.

As a result of the decision to exit its shareholding in Rosneft and excluding Rosneft from base year and future periods, on 27 February bp outlined an expectation that 2025 adjusted EBITDA from resilient hydrocarbons and group will be around $2 billion lower than bp's previous targets, at around $31 billion and $38 billion respectively. 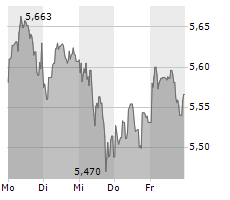