MOUNTAIN VIEW (dpa-AFX) - Match Group, Inc. (MTCH) announced Friday it has withdrawn its request for a temporary restraining order against Google, after Google made various concessions that Match Group demanded to benefit consumers.

Those include guaranteeing that Match Group apps will still be allowed to offer users choice in payment systems, lessening the undue burden on developers by its previously stated policy, and eliminating Google's complete control over user data.

In exchange for withdrawing the temporary restraining order, Google has conceded not to force mandatory use of Google Play Billing, not to remove Match Group apps that offer alternate billing systems from Google Play Store, and not gain unfettered access to consumer data and behavior.

As part of this arrangement, Match Group plans to put up to $40 million into an escrow account, instead of paying Google directly for billing transactions that occur on Android outside of Google Play Billing.

Both Match Group and Google can terminate this agreement, but Match Group retains the option to reinstate its request for a temporary restraining order if that should happen. The date for the trial is currently set for April 2023. 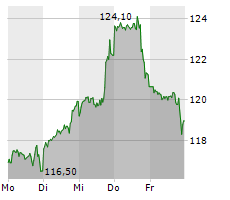