Based on the positive high-level results from interim analysis, AstraZeneca and Ionis seek regulatory approval and now plan to file a new drug application or NDA with the U.S. Food and Drug Administration in 2022.

ATTRv-PN is expected to be the first indication for which AstraZeneca and Ionis will seek regulatory approval for eplontersen. The results from the 35-week interim analysis of the trial will be submitted for presentation at a forthcoming medical meeting.

ATTRv-PN is a debilitating disease that leads to peripheral nerve damage with motor disability within five years of diagnosis and, without treatment, is generally fatal within a decade.

Eplontersen, formerly known as IONIS-TTR-LRx, is a ligand-conjugated antisense or LICA investigational medicine designed to reduce the production of TTR protein at its source to treat both hereditary and non-hereditary forms of ATTR.

Eplontersen also reached its co-primary endpoint of change from baseline in the modified Neuropathy Impairment Score +7, a measure of neuropathic disease progression, versus external placebo group.

The trial also met its secondary endpoint of change from baseline in the Norfolk Quality of Life Questionnaire-Diabetic Neuropathy showing treatment with eplontersen significantly improved patient-reported quality of life versus external placebo group.

In the trial, eplontersen demonstrated a favourable safety and tolerability profile with no specific concerns.

Eplontersen was granted Orphan Drug Designation in the US.

It is also currently being evaluated in the CARDIO-TTRansform Phase III trial for amyloid transthyretin cardiomyopathy or ATTR-CM, a systemic, progressive and fatal condition that leads to progressive heart failure and death within four years from diagnosis. 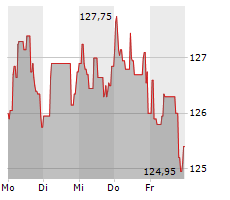