The popular short video app is owned by Chinese company ByteDance. The company had faced severe scrutiny in the country under President Donald Trump.

'TikTok is not just another video app. That's the sheep's clothing. It harvests swaths of sensitive data that new reports show are being accessed in Beijing. I've called on @Apple & @Google to remove TikTok from their app stores for its pattern of surreptitious data practices,' Carr, one of the FCC's commissioners, tweeted. He also shared the letter sent to Apple and Google.

Carr's letter, dated June 24 on FCC letterhead, said if the Apple and Alphabet do not remove TikTok from their app stores, they should provide statements to him by July 8.

'It is clear that TikTok poses an unacceptable national security risk due to its extensive data harvesting being combined with Beijing's apparently unchecked access to that sensitive data. But it is also clear that that TikTok's pattern of conduct and misrepresentations regarding the unfettered access that persons in Beijing have to sensitive U.S. user data puts it out of compliance with the policies that both of your companies require every app to adhere to as a condition of remaining available on your app stores. Therefore, I am requesting that you apply the plain text of your app store policies to TikTok and remove it from your app stores for failure to abide by those terms,' Carr's letter reads. 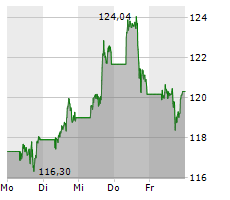