Production guidance is increased to 32-34 million carats from the prior estimate range of 30-33 million carats due to robust demand and strong year-to-date operational performance.

Metal in concentrate production from the company's Platinum Group Metals or PGMs operations was broadly flat, with strong performances at Unki and Mototolo offsetting planned lower grades at Mogalakwena.

Further, Copper production decreased by 21% due to planned lower grades and water availability, and Iron ore production declined by 8% after a safety intervention at Kumba's Kolomela mine, as well as planned maintenance at Minas-Rio.

Steelmaking coal production was down by 12% as the replacement Aquila longwall ramped up following the planned end of production from Grasstree, as well as high rainfall impacting the open pit operations. 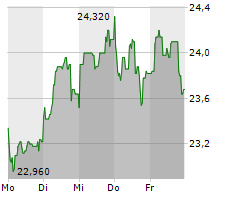