Earnings were affected in particular by significantly higher procurement prices for materials and energy.

Orders received in the first half of 2022 totaled 693.0 million euros, a 50.9 percent increase over the previous year.

Orders received increased in all divisions in the second quarter of 2022.

Looking ahead, the company projects rising profitability in the second half of the year.

Previously, sales revenues were projected to be in a range of 925 million euros to 1 billion euros. 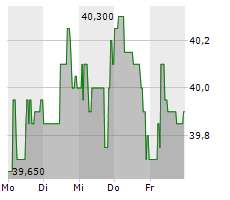