REUTLINGEN (dpa-AFX) - Manz Automation AG (MANZF.PK), a German engineering company, on Thursday reported a loss for the first half. However, the revenues improved from last year.

Earnings reflected negative impact of an impairment in the course of a defaulted insolvency claim in the solar sector, as well as surge in material costs, supply chain disruptions and associated postponements of in a major project.

Looking forward, for the fiscal 2022, the firm has revised down its previous guidance.

For the six-month period, the firm posted loss before interest and taxes at 6.9 million euros, compared with EBIT of 12.3 million euros of previous year period. 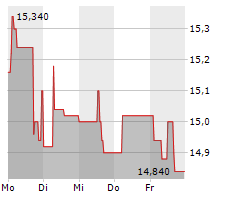