JENA (dpa-AFX) - Jenoptik AG (JNPKF.PK), engaged in the optics and photonics business, on Wednesday said its revenue for the first half of the year increased 35.8% to 447.2 million euros from 329.3 million euros in the previous year.

At the end of the first half-year, EBITDA, or earnings before interest, taxes, depreciation, and amortization was 69.6 million euros, up from 66.6 million euros last year.

Based on first-half performance and well-filled project pipeline, the company has raised its guidance for the full year. 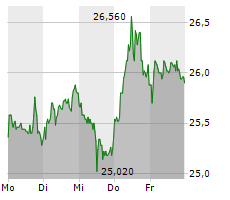