For the first-half, the company has raised its interim dividend by 40 percent. 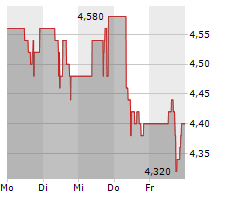