CHICAGO (dpa-AFX) - Boeing (BA) on Wednesday delivered its first 787 Dreamliner in more than a year, thus bringing to an end a pause on the handing over of the jetliners, which was brought about by a series of manufacturing flaws.

In an Instagram post, American Airlines CEO, Robert Isom shared the news of the first new delivery from Boeing's 787 factory in South Carolina.

The delivery is an important step ahead for Boeing as the planes are an important source of cash for the manufacturer, and the bulk of an aircraft's price is paid upon delivery. This, even though the company needed to compensate customers for the delays.

Deliveries have been stopped for most of the last two years. Boeing had said earlier this year that the production defects and a drop in output during the delivery hold will come to the tune of $5.5 billion.

Dreamliner customers like American and United Airlines have had to go without their new planes, which are often used for long-haul international routes, during a resurgence in demand for such trips this year.

Among the issues discovered with the plane was tiny, incorrect spacing in some parts of the fuselage.

Stan Deal, CEO of Boeing's commercial airplanes unit, wrote in a note to staff on Wednesday, 'Every action and decision influences our customers' trust in Boeing. We build trust one airplane at a time. We'll continue to take the time needed to ensure each one meets our highest quality standards.'

The Federal Aviation Administration or FAA had earlier this week given the green signal to Boeing to start deliveries, which will begin next week. 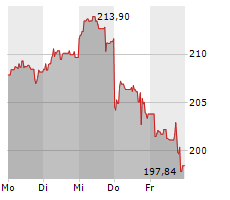