WASHINGTON (dpa-AFX) - While the Dow extended a recent upward trend during trading on Tuesday, closing higher for the fifth straight session, the tech-heavy Nasdaq and the S&P 500 fluctuated over the course of the trading day.

The major averages eventually ended the session mixed, with the Dow and the S&P 500 reaching their best closing levels in almost four months.

The continued advance by the Dow was partly due to strong gains by Walmart (WMT) and Home Depot (HD), with the retail giants jumping by 5.1 percent and 4.1 percent, respectively.

The rallies by Walmart and Home Depot came after both companies reported better than expected second quarter results.

The S&P 500 gave back ground after encountering resistance near its 200-day moving average but still managed to close modestly higher.

Buying interest may have been generated in reaction to a report from the Federal Reserve showing U.S. industrial production increased by more than expected in the month of July.

Economists had expected industrial production to rise by 0.3 percent compared to the 0.2 percent dip originally reported for the previous month.

Meanwhile, traders largely shrugged off a Commerce Department report showing new residential construction tumbled by much more than expected in the month of July.

With the much steeper than expected drop, housing starts dove to their lowest annual rate since hitting 1.430 million in February of 2021.

Building permits, an indicator of future housing demand, also fell by 1.3 percent to an annual rate of 1.674 million after inching up by 0.1 percent to a revised rate of 1.696 million in June.

Economists had expected building permits to tumble by 2.1 percent to an annual rate of 1.650 million from the 1.685 million originally reported for the previous month.

Retail stocks turned in a strong performance following the upward earnings news from Walmart and Home Depot, with the Dow Jones U.S. Retail Index surging by 2 percent to its best closing level in well over three months.

Significant strength was also visible among steel stocks, as reflected by the 1.1 percent gain posted by the NYSE Arca Steel Index.

Natural gas, banking and transportation stocks also saw strength on the day, while weakness among biotechnology and semiconductor stocks contributed to the modest pullback by the Nasdaq.

In overseas trading, stock markets across the Asia-Pacific region turned in a mixed performance on Tuesday. Hong Kong's Hang Seng Index slumped by 1.1 percent and Japan's Nikkei 225 Index closed just below the unchanged line, while China's Shanghai Composite Index inched up by 0.1 percent.

Meanwhile, the major European markets all moved to the upside on the day. While the German DAX Index climbed by 0.7 percent, the U.K.'s FTSE 100 Index and the French CAC 40 Index rose by 0.4 percent and 0.3 percent, respectively.

In the bond market, treasuries regained ground after an early pull but remained in negative territory. As a result, the yield on the benchmark ten-year note, which moves opposite of its price, rose by 3.3 basis points to 2.824 percent.

A report on retail sales is likely to attract attention on Wednesday along with the minutes of the latest Fed meeting, which may shed additional light on the outlook for interest rates.

On the earnings front, retailers Lowe's (LOW) and Target (TGT) are among the companies due to report their quarterly results before the start of trading on Wednesday. 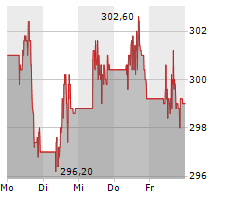