CUPERTINO (dpa-AFX) - Apple Inc. has released an emergency security update noting that some of its iPhones, iPads and Macs had certain vulnerabilities. The tech major said the flaws potentially allow full admin access to devices.

The models affected by the issue include iPhone 6S and later models, several models of the newer iPads, and Mac computers running macOS Monterey and above. The flaws also affect the iPod Touch 7th generation models.

The software update was made to safeguard its products. Security experts warned users to be aware of the issues.

The company noted that in the first issue, an application may be able to execute arbitrary code with kernel privileges. An out-of-bounds write issue was addressed with improved bounds checking.

Apple received reports that both issues may have been actively exploited.

The update comes ahead of its planned launch event in September to unveil its latest iPhone 14 line as well as latest version of three Apple Watch models including Series 8.

Last year, the company had issued an emergency software patch in its Messages app to block a no-click spyware that could infect iPhones and iPads. 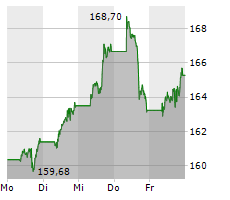