MUNICH (dpa-AFX) - Enstar Group Limited (ESGR), through its subsidiary Cavello Bay Reinsurance, will end its involvement in Enhanzed Re, a joint venture with Allianz. It is eliminating all catastrophe exposure.

Enstar noted that it is transferring its share in the joint venture to Allianz.

Cavello Bay and Allianz have agreed to a series of transactions that will commute or novate all of the reinsurance contracts written by Enhanzed Re, except for one reinsurance transaction related to a block of annuity policies written by an affiliate of Allianz.

The transactions will repay the $70.0 million of subordinated notes issued by Enhanzed Re to an affiliate of Allianz; and distribute Enhanzed Re's excess capital to Cavello Bay and Allianz in accordance with their respective equity ownership.

The transactions will eliminate Enstar's direct exposure to catastrophe business and are expected to result in an approximate $62 million increase in Enstar's book value, which represents an increase of approximately $3.57 in book value per share, exclusive of the potential impact of a future novation of the Annuities Portfolio. 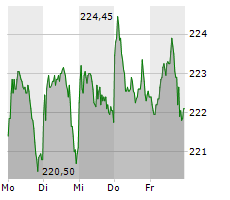