Royal Caribbean To Use Internet From SpaceX's Starlink On Cruise Ships

The company now becomes the first in the cruise industry to use the high-speed, low-latency connectivity from Starlink satellites, SpaceX's constellation of satellites in low Earth orbit.

The faster and more reliable broadband internet service will be installed on all Royal Caribbean International, Celebrity Cruises and Silversea Cruises ships, along with all new vessels for each of the brands.

With the insights obtained from the trial onboard Freedom of the Seas, the companies will begin to deploy the Starlink technology across the fleet immediately. The installation is slated to be completed by the end of the first quarter of 2023.

Jason Liberty, Royal Caribbean president and chief executive officer said, 'This technology will provide game-changing internet connectivity onboard our ships, enhancing the cruise experience for guests and crew alike. It will improve and enable more high-bandwidth activities like video streaming as well as activities like video calls.'

The Federal Communications Commission or FCC in early July had granted SpaceX authorization to use its Starlink satellite internet system on vehicles in motion.

Last week, SpaceX signed a 'Coverage Above and Beyond' deal with telecom major T-Mobile US Inc. to provide cell phone connectivity by linking Starlink satellites to mobile phones with a view to end mobile dead zones globally.

As per reports, SpaceX already signed deals with commercial air carriers, such as Hawaiian Airlines and private jet service provider JSX, for providing Starlink internet service on their aircraft.

SpaceX began launching satellites in May 2019, and now has more than 2,500 satellites on orbit as of June 1. On Wednesday, the company confirmed the deployment of 46 Starlink satellites. 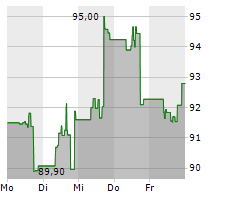