HOOK (dpa-AFX) - Serco Group Plc (SRP.L), a British contract service provider, announced Monday that Chief Executive Rupert Soames has confirmed to the Board his intention to retire from the company in September 2023. The company announced the appointment of Mark Irwin as CEO designate.

Soames will step down both from his role as Chief Executive and from the Board at the end of December 2022. He will be succeeded by Irwin, who is currently the CEO of Serco's UK & Europe Division.

Prior to Serco, he had leadership roles in several private equity portfolio businesses in the US and China, and also worked for eight years for GE in the US and Australia.

Kirby joined Serco as Group HR Director in 2017 and was promoted to Group Chief Operating Officer in 2020. 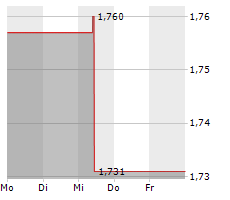