Energy Resources of Australia Ltd is a public company based in Australia and a Rio Tinto's majority owned unit.

Rio Tinto said it has remained deeply concerned that the opposition to further uranium mining on the land of the Mirarr People, the Traditional Owners of the area, has not been appropriately recognised in any funding proposals put forward by the ERA's Independent Board Committee (IBC).

Following last week's release of the Grant Thornton independent valuation report which, in Rio Tinto's view, failed to appropriately recognise the Mirarr People's position, Rio Tinto asked the IBC to urgently develop a workable plan to fund the increased rehabilitation costs. To date, a suitable plan addressing the funding concerns has not been presented.

Rio Tinto chief executive Australia Kellie Parker said 'Our utmost priority and commitment is to the rehabilitation of the Ranger Project Area in a way that is consistent with the wishes of the Mirarr People.'

Rio Tinto said that a funding solution for the rehabilitation is identified and agreed. It is progressing discussions to amend an existing A$100 million credit facility to assist ERA with its management of immediate liquidity issues. 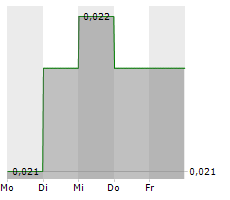