The GMV of all segments outside of Asia grew over 30 percent on a combined basis.

The profitable markets in the Platform business are expected to achieve an adjusted EBITDA of more than 450 million euros for the second half, 50 million euros higher than previous guidance.

Further, for fiscal 2023, Delivery Hero expects the entire Group, including Glovo and comprising the Platform business and the Integrated Verticals segment, to achieve a positive adjusted EBITDA/GMV margin of more than 0.5 percent.

For the second half of 2023, the adjusted EBITDA/GMV margin is expected at more than 1.0 percent. The Company previously planned to achieve positive adjusted EBITDA for the entire Group in FY 2023.

Delivery Hero's Board decided to repurchase a nominal amount of up to 80 million euros or around 10 percent of the outstanding principal of its convertible bonds due in January 2024 over the coming months.tnews.com 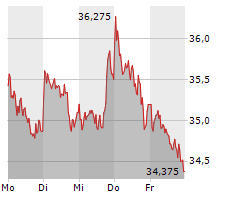