WIESBADEN (dpa-AFX) - Aareal Bank AG (AAALF.PK) said its supervisory board has affirmed its position that partial replacement of Supervisory Board members demanded by shareholder Mr Till Hufnagel, partner of Petrus Advisers, is without substance.

Petrus called for the resignation of three current Supervisory Board members, in order to make room for three replacement candidates proposed by Petrus, to be elected at the Ordinary Annual General Meeting on 18 May.

Till Hufnagel is pursuing the removal of Marija Korsch, Chairman of the Supervisory Board, and of Supervisory Board members Christof von Dryander and Dietrich Voigtländer, through his request for extension of the agenda. The legal examination as to whether said request is in fact admissible is still ongoing, due to contradictions of information provided by Hufnagel against earlier voting rights notifications, Aareal Bank said.

Aareal Bank's supervisory board has recommended that shareholders vote against the proposals submitted through the request for extension at the Annual General Meeting.

The supervisory board also rejected the shareholder's accusation that Aareal Bank Group is lacking a sustainable strategy. 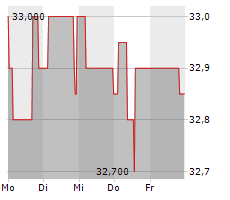