McDonald's is partnering with Beyond Meat, Inc (BYND) for its products. While chains like Burger King were quick to jump in the trend of vegetarian meat, McDonald's has made sure that they do not upset their loyal with alternative meat.

On November 3, McDonald's outlets in Irving and Carrollton, Texas; Cedar Falls, Iowa; Jennings, Louisiana; Lake Charles, Louisiana; El Segundo, California; and Manhattan Beach, California, will have McPlant burgers on offer for a limited period. The meat-less meat patty will be made from peas, rice and potatoes. The rest of the preparation will not have any changes, according to the company.

According to the restaurant giant, this test run will help the company evaluate multiple things at once. While acceptance of the guests tops the chart, the company also said that new items require more complex work in the backrooms, and in the middle of the labor crisis, the brand would like to gauge the storm first.

Beyond Meat and McDonald's have already agreed to collaborate back in February. The agreement makes Beyond Meat the preferred supplier of McDonald's patties. McDonald's has already introduced its plant-based meat options in Sweden, Denmark, Austria, the Netherlands, and the United Kingdom.

In July, the meat-alternative maker launched its new Beyond Meat Nuggets and it became a huge hit with the consumers. The company claims that their product comes with half the amount of fat as regular meat, and the products contain no GMO, antibiotics, or hormones making them the healthier choice for the consumers. Beyond was recognized by the National Restaurant Association with the fifth consecutive Food and Beverage (FABI) Award earlier this year. 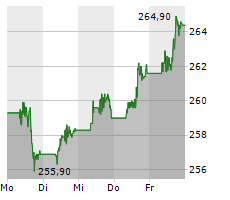